Hey everyone, as promised in the New Year edition of the Staxel Reporter, today we’ll be giving you guys a little glimpse at one of the new features you can expect to see in the next content update. We’ve been getting back into the swing of things this week after the holidays, so without further ado let’s jump right in and take a look! (screenshots included)

As mentioned before, we’ve recently been hard at work developing the next update for Staxel but we haven’t actually spoken that much about it. We did briefly mention some of the planned features for this update in the last issue of the Reporter, so if you haven’t read it be sure to check that out here.

That said, this time round we’re going to touch on one of the new features specifically…

Well… besides the main island at least. 😛

Players will be able to travel from the main island to some smaller islands, each with their own particular uses and designs and which will provide the player with specific rewards such as materials for crafting.

We’re a good way through the first island, so let’s take a little peek at what it looks like below.

The ‘mining island’ is the first island we’ve been putting together. The island itself will be accessible by portal, and after a bit of exploration you’ll find even more portals which will transport you to the different levels of the mine. Let’s have a look at some screenies so you can see what we have so far. (Keep in mind this is still a work in progress and changes are likely to be made!)

Only one part of the island will be accessible to start with. This will lead you to the first level of the mines where you’ll begin to explore the branching caverns and underground lakes. There’s a lot to discover down here, so keep your eyes open, you never know what might find! 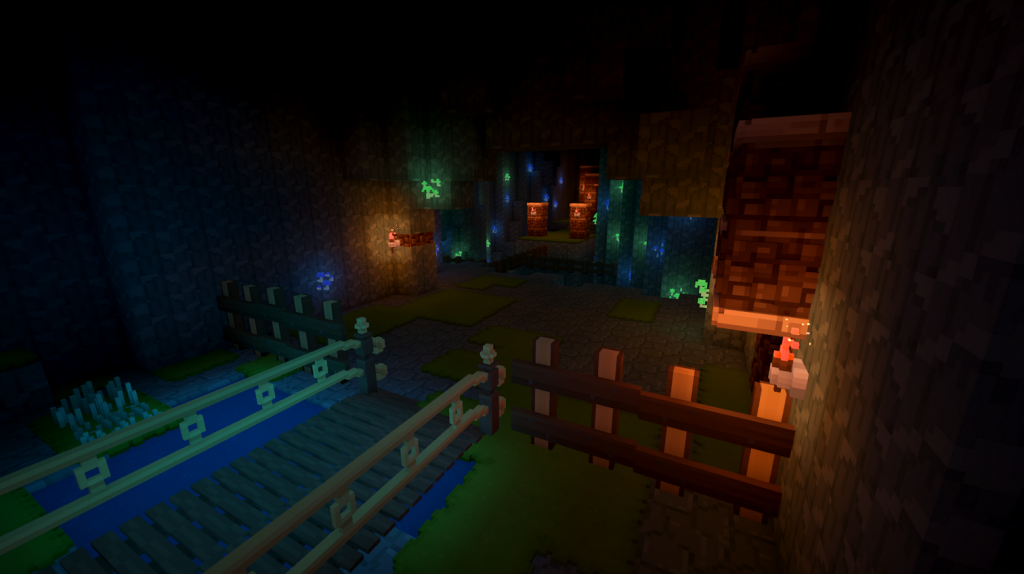 One very important aspect of the mines is gathering. Down here you’ll find ore which isn’t available on the main island. You’ll be able to use these ores to upgrade your tools!

Upgrading your tools can have a big impact on your workflow, making you much more efficient during your day to day chores, leaving you more time to relax… or to expand your farming empire. 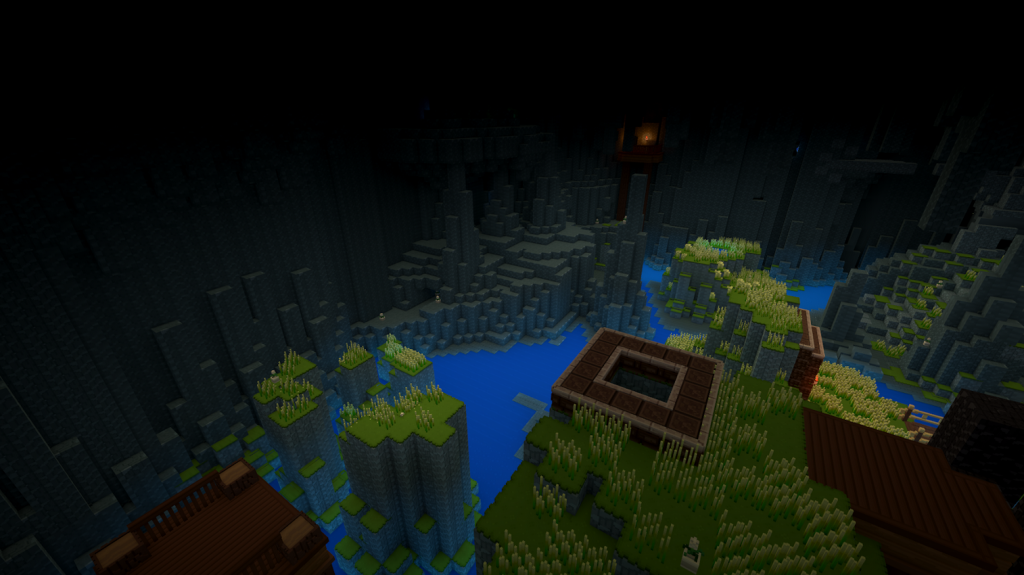 The key to the mining island is to keep exploring, but do try not to get lost. It’s easy to get carried away when you see shiny things in the distance so keep your wits about you and you’ll be just fine.

With that said, I’m not going to share any more secrets for now, you’re going to have to go in and discover the rest for yourself!

We hope you’ve enjoyed this little sneak peak of the mines. We’ll be revealing more details about the different islands you’ll be able to visit (as well as some other new features we’re working on) in upcoming issues of the Staxel Reporter.

Remember to keep an eye on our social media pages, or better yet, join our Discord community to participate in some active discussion about the upcoming content!

Take care everyone, until next time!