Hello! It’s been a while since we last shared an update, so we thought we’d give you a peek at what we’ve been working on.

As you probably know, we’ve been hard at work porting Staxel to console, this involves a complete engine rewrite of the game from the ground up – no light task for a game over 5 years in the making! We’re making great progress though, and we’re looking forward to showing you more in terms of engine gameplay in the coming weeks.

One thing we’ve been looking at very closely while porting is making sure our UI works well for consoles. This means making sure everything works fluidly with a controller, but also ensuring readability across a large range of screen setups. An example being the Switch Handheld and docked modes. Since we’re re-examining the UI in this way, we figured it’s a good time to examine how useful certain UIs actually are too!

Enter: the Totem UI. Totems in Staxel are special tiles that define an area in which a building should be built, this includes villager post boxes (which define their houses), the festival grounds arch, and the wooden sign in front of the town hall – to name a few. Totems play an important role in Staxel, and they’re pretty core to the gameplay, as you’ll be building various houses and amenities throughout your time on the island; so we thought they could use some TLC.

On PC, this is how the totem UI currently looks: 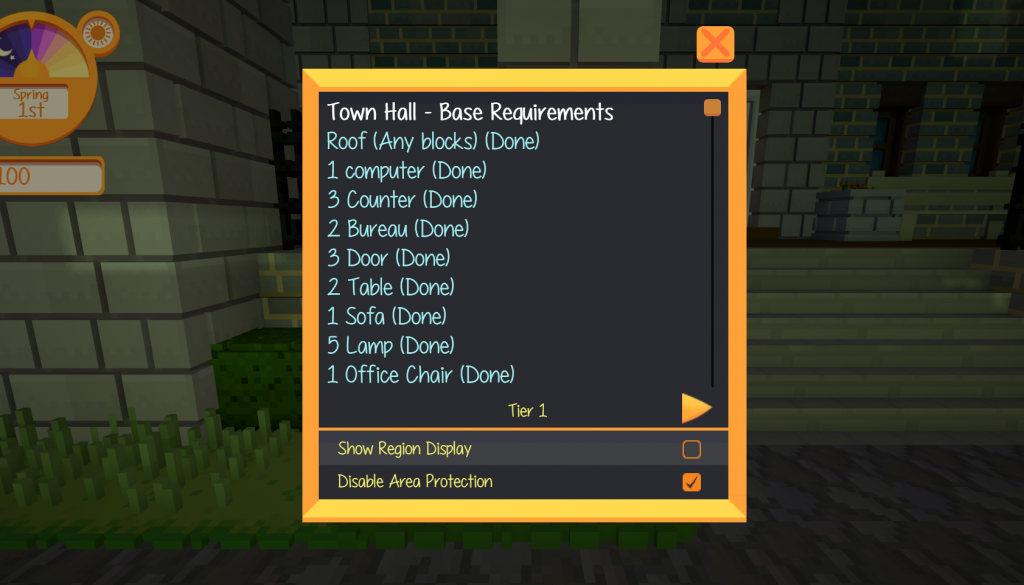 Now, while this does the job of telling you what you need to construct a minimum viable Town Hall, it doesn’t exactly go the extra mile to make that experience clearer for the player. So let’s see how we can change that!

One of the biggest issues with this interface is the lack of distinction between what is a category, what is a tile, and what is something else entirely. It’s simply a list with no context. So the most important factor in redesigning this UI is information – giving the player more information about the totem, the tiers, and the tier requirements. We also have to consider the other factor mentioned earlier – designing the UI for consoles as opposed to PCs. With that in mind, this is what we came up with: 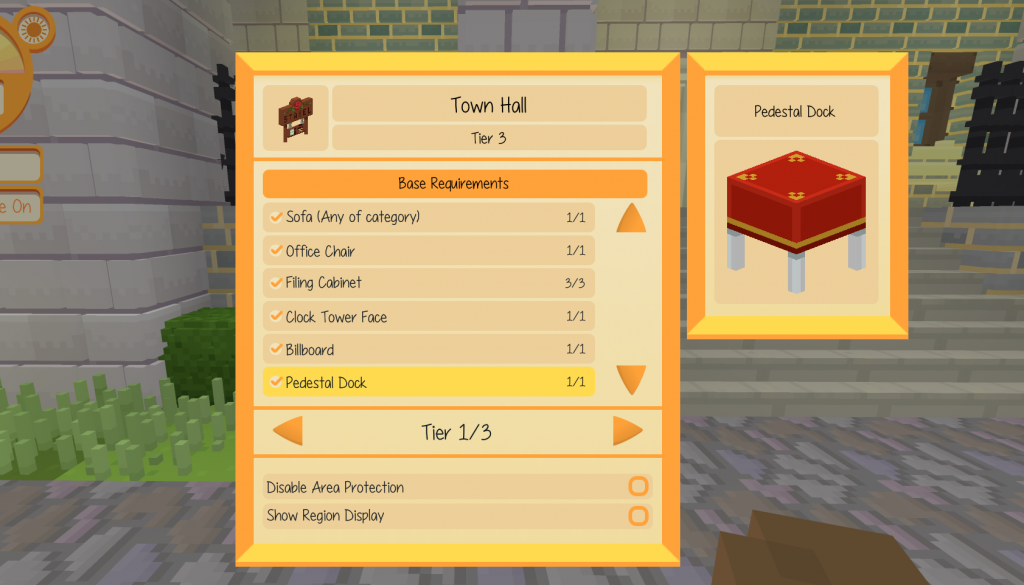 We hope you like these changes but please note; they are not final and any screenshots shown here are a work in progress and are subject to change.

The first thing you’ll notice is the overall design, we’ve tried to keep the UI more consistent in this version, in terms of color, size and spacing. The main functional change is the tooltip on the right side, which shows you a preview of the currently selected tier requirement. This takes the guesswork (which can be expensive with Aliza’s prices!) out of finding the correct piece of furniture to use. Not all requirements are a specific tile though, some are a category (or even a distance from town!), so we designed some icons to let the player know the totem is looking for something different.

These icons are an important change as they take away the worry that you’re not finding the correct piece of furniture. In addition to these changes, we’ve been making the UI a bit easier to navigate, preferring pagination to scroll bars, and improving the readability.

The console port is progressing every day, and we’re doing our best to ensure the experience, much like the UI, is tailored to consoles.

A New Land to Explore

The eagle-eyed among you may have noticed this sneaky screenshot we posted without context to our Twitter a while ago: https://twitter.com/StaxelGame/status/1262766650316619776

We’re happy to announce that we have a brand new content update coming to Staxel PC! This update will bring a variety of new content, a new quest line, and a new location to explore. We’ll have more information in the coming weeks, so stay tuned! For now, here’s another sneak peek at what’s to come! 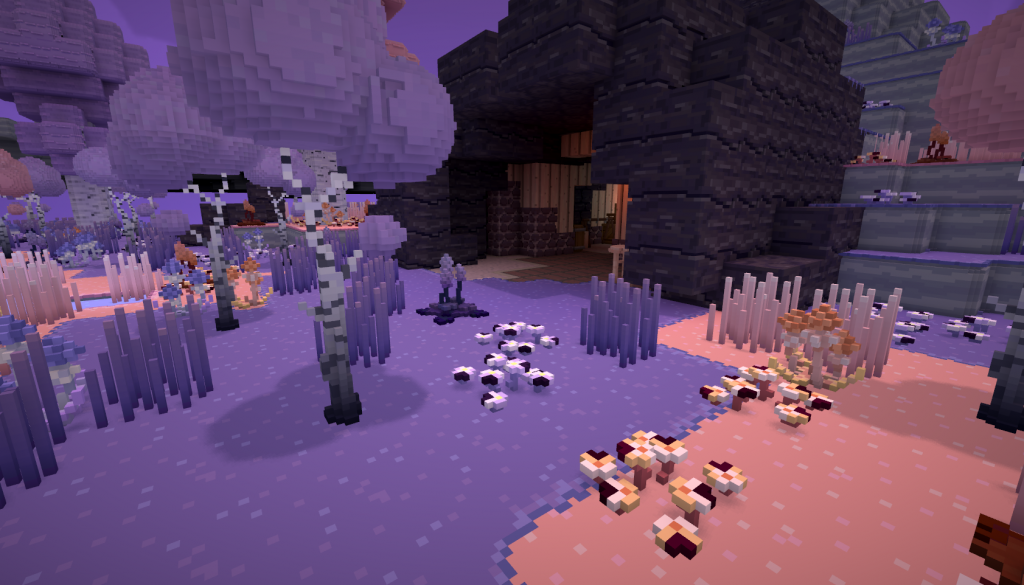 If you’re wondering how we got started porting Staxel to consoles, look no further! 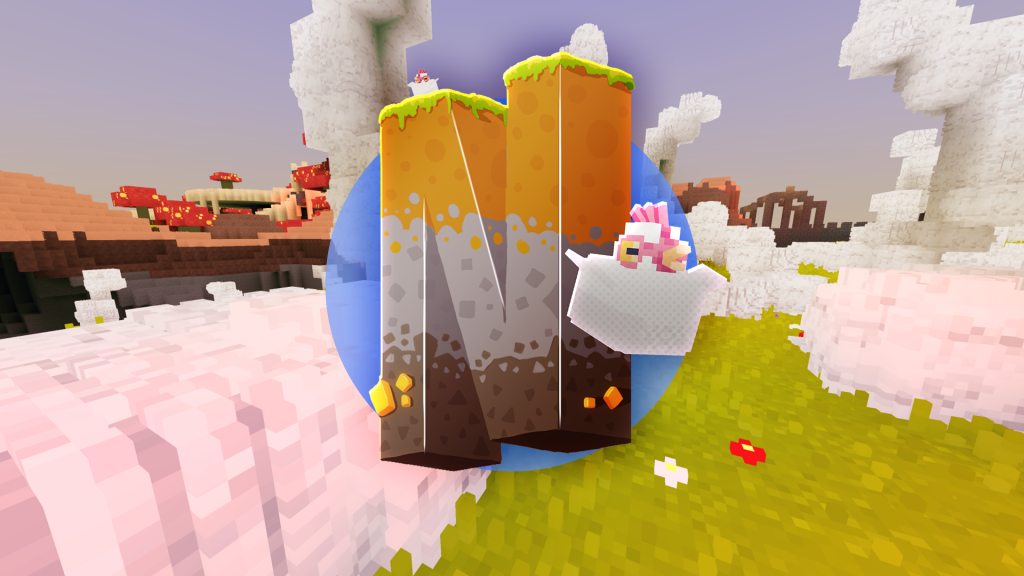 Nexel is a demo for a new game we developed in a new custom voxel engine, capable of running on consoles as well as other desktop platforms. We eventually cancelled further development on it, instead putting our effort into developing Staxel for consoles using the Nexel engine.

You can download and play the Nexel demo on Itch for free!

Check it out here: https://bartwe.itch.io/nexel